John Nunnally Jr. was a three year Varsity player with the Horizon Huskies who was subsequently selected in the  2013 Major League Baseball (MBL) Amateur Draft. John is currently a student and plays at Scottsdale Community College. Mr. Nunnally is also a member of the 18U Angels Prospect Wire Championshipt Baseball Team.

John is focused on his college studies in business adminstration and  his interests coaching youth players while he concurrently pursues his dreams of playing professionally at the Major League level. 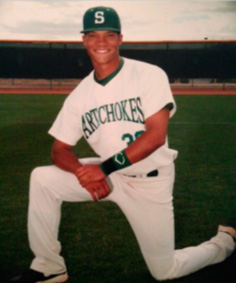