Nunnally enters his seventh year as a coach and his second in the Toronto Blue Jays organization. In 2012, Nunnally was the hitting coach for the Double-A New Hampshire Fisher Cats with a lineup that finished 3rd in the Eastern League with 121 home runs. The Fisher Cats also stole an E.L. best 145 bases, 20 more than any other team. Nunnally spent 2007-2011 in the Cleveland Indian’s organization and was the Tribe’s hitting coach from 2010-2011.

Nunnally played professionally for 15 seasons as an outfielder from 1992-2006 with seven different organizations. He played in parts of six major league seasons with the Royals, Reds, Red Sox and Mets and averaged .246 with 42 home runs and 125RBI in 364 career games. 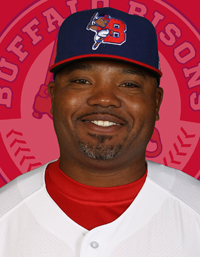