Originally from Cupertino, California- Prior to moving on to Arizona State, Jon played at Cañada College (INF,OF) as well as De Anza College for current Kansas University coach Ritch Price. Along with being an assistant varsity coach at Paradise Valley high school, Jon is also a baseball consultant to coaches in the valley, teaching methods and strategies that enhance the skill development of youth, high school, and collegiate players. After coaching the infielders and hitters at Sierra College in Sacramento, California in 2002-2003, he started a three-year tenure at Desert Mountain High School. Following Desert Mountain, Jon coached at Saguaro and Pinnacle high schools. He spends his summers in Northern California as a baseball camp director for Sportstime Baseball, where he is fortunate to work with various MLB scouts and retired players. It was through this organization in 2001 where Jon was able to connect with his mentor Ron Washington, Manager of the Texas Rangers.  Working with “Wash” over the years, as well as having the opportunity to observe him instruct Oakland A’s & Texas Ranger infielders has greatly contributed to Jon’s ability to impact the progress of his own players.

Jon incorporates the same infield drills and techniques used by “Wash,” that have produced multiple gold glove winners at the major league level.  The effectiveness of the drills along with his ability to teach and motivate his players has contributed to coach Pulli’s reputation as being one of the best infield coaches in Arizona.

Jon was part of a new coaching staff at Sierra College in 2002 that implemented a system and philosophy that brought the program a National Championship in 2008.  He has been able to positively impact various programs and players in Arizona by applying the same standards and level of instruction used at Sierra College.

Jon takes great pride in working with players who are passionate about improving their baseball skills.  He strongly believes that success is based on attitude, work ethic, and perseverance.  Jon is convinced that there are three main factors to why some players are able to separate themselves from the pack; level of commitment towards skill development, game reps, and having access to accurate and contemporary baseball instruction. 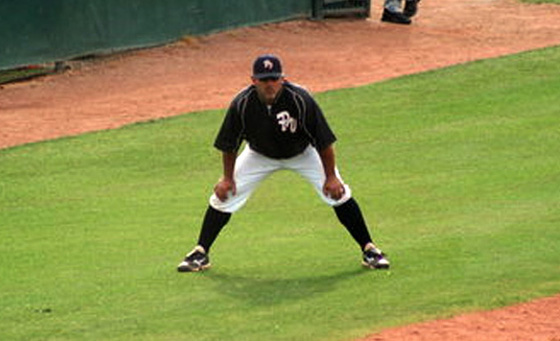